At the time I posted my previous summary of this summer’s Supreme Court decisions, the Miller v. Alabama decision had not yet been issued. I have finally had the chance to review and summarize the decision.

Two 14-year-old boys were convicted of murder and sentenced to life in prison without the possibility of parole. Jackson was convicted and sentenced in Arkansas. Miller was convicted and sentenced in Alabama. Both Arkansas and Alabama law mandated life imprisonment with no possibility of parole for murder convictions, giving the judge or jury no opportunity to consider the boys’ ages, the specifics of their crimes or their unique histories and characteristics. Both boys appealed, arguing their mandatory sentences were overly harsh and violated the Eighth Amendment prohibition against cruel and unusual punishment. Miller v. Alabama, 567 U.S. _______(2012)(slip op).

Kuntrell Jackson had poor role models and a family history of violence. Both his “mother and his grandmother had previously shot other individuals.” Id.

In 1999, Kuntrell Jackson and two friends decided to rob a video store. On the way to the store, Jackson learned that one of his friends, Derrick Shields, was carrying a shotgun. Jackson decided to stay outside the store, while his friends proceeded with the robbery. After waiting for a while, Jackson entered the store to find Shields pointing the gun at the store clerk and demanding money. When the clerk threatened to call the police, Shields shot and killed her. Jackson was tried as an adult and was convicted by a jury of capital murder and aggravated robbery. Arkansas law provided that “a defendant convicted of capital murder or treason shall be sentenced to death or life imprisonment without parole.” Id.

Evan Miller spent his life in and out of foster homes. Miller’s drug-addicted mother neglected

him, and his stepfather abused him. Miller frequently used drugs and alcohol and had attempted suicide four times, beginning when he was six years old. Id.

In 2003, Miller was at home with his friend Colby Smith, when his neighbor, Cole Cannon, stopped by to make a drug deal with Miller’s mother. Miller and Smith followed Cannon home, and the three played drinking games and smoked marijuana together. Id. 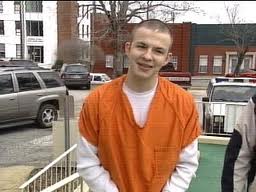 Miller was tried as an adult and convicted of murder in the course of arson, which carries a mandatory minimum punishment of life without parole. Id.

While Jackson and Miller awaited the outcome of their state court appeals in prison, the Supreme Court issued two decisions that paved the way for a successful appeal.

The decisions appear to be in line with current efforts to replace tough on crime policies with rehabilitative sentencing, particularly for children. Beginning in 1988, the Supreme Court has repeatedly ruled that youths who commit crimes must not necessarily get as severe a punishment as adults who commit the same crimes, because children have less culpability and “greater capacity for change.” Graham v. Florida, 560 U.S. ____ (2010) (slip op., at 17, 23).

The Court issued a 5-4 decision, with the majority voting to prohibit mandatory life-without-parole sentences for juvenile offenders. The decision was narrowly tailored. Life-without-parole for a juvenile is permissible, so long as the sentence is not mandatory and the decision-maker can consider all circumstances in determining whether the sentence is proportional to the offense and the offender. Miller v. Alabama, 567 U.S. _______(2012)(slip op).

Justice Kagan, writing for the majority, emphasized the difference between juvenile and adult offenders. Id.

“First, children have a lack of maturity and an underdeveloped sense of responsibility, leading to recklessness, impulsivity and heedless risk-taking. Second, children are more vulnerable to negative influences and outside pressures, including from their family and peers; they have limited control over their own environment and lack the ability to extricate themselves from horrific, crime-producing settings. Third, a child’s character is not as well formed as an adult’s; his traits are less fixed and his actions less likely to be evidence of irretrievable depravity.” Id. (internal citations omitted).

While the Court did not foreclose a sentencer’s ability to impose life-without-parole, it warned that “appropriate occasions for sentencing juveniles to this harshest possible penalty will be uncommon.” Decision-makers are now required to “take into account how children are different and how those differences counsel against irrevocably sentencing them to life in prison.” Justice Breyer concurs in the majority decision but also suggests imposing guidelines to assist sentencers in determining whether life-without-parole is proportional and appropriate. Justice Breyer is particularly concerned with Jackson’s case, noting that Jackson did not shoot the robbery victim and there was no evidence to show that he intended to kill her. According to Justice Breyer, life without parole should never be imposed without a determination that the offender either “killed or intended to kill” the victim. Intent to kill would not include “transferred intent” – that is – accidentally killing in the course of committing or assisting in the commission of a different crime. Id.

Chief Justice Roberts argues that life-without-parole cannot be construed as cruel and unusual punishment. “When determining whether a punishment is cruel and unusual, the court typically begins with objective indicia to ensure that we are not simply following our own subjective values or beliefs.” Id. (internal citations omitted). Life-without-parole is a common sentence widely accepted and utilized by the states. According to Chief Justice Roberts, state legislatures are aware of the differences between adults and children and have imposed mandatory sentences that are in line with what society deems appropriate. Id.

Chief Justice Roberts also distinguishes Miller from Roper and Graham. According to Chief Justice Roberts, Roper prohibited the death penalty for juveniles, in part because life imprisonment without the possibility of parole was available. Graham drew a line between homicide and other serious violent offenses and made it clear that non-homicide crimes cannot be compared to murder. Id.

Chief Justice Roberts notes that the majority decision overrules prior Supreme Court precedent. In Harmelin v. Michigan, 501 U.S. 957, 961 an adult defendant was sentenced to a mandatory life-without-parole sentence after he was convicted of possessing a large quantity of drugs. The Court confirmed his sentence, stating “there can be no serious contention that a sentence which is not otherwise cruel and unusual becomes so simply because it is mandatory.” Id. at 995.

In his dissenting opinion, Justice Alito joins Chief Justice Roberts in arguing that (a) the Eighth Amendment cruel and unusual punishment analysis requires an inquiry into evolving standards of decency in society, and (b) there is a well-established line between murder and non-homicidal offenses. Miller v. Alabama, 567 U.S. _______(2012)(slip op). Justice Alito also points out that most juvenile murderers are mature seventeen year olds, “fast approaching the age of maturity.” Justice Alito criticizes the majority for extrapolating on prior decisions to overrule state legislatures and bring “sentencing practices into line with whatever the majority views as truly evolved standards of decency. Id.